I have not written on my blog in a LONG time! So I’m going to write this post in the form of a letter, like to an old friend, catching up.

The last post I really wrote was back in August, 2016! We had moved up to Maine in 2015 and I homeschooled our three girls for the 2015-16 school year. The following year, ’16-’17, I homeschooled our oldest and helped teach at our co-op, while the younger two girls went back to school. I had volunteered to blog about the Homeschoolers of Maine Convention, so I did a series based on the information they gave me to help promote it. That was really all the writing I did during that time, aside from maybe 3 or 4 articles on the Satisfaction Through Christ blog.

I was going through a season of spiritual growth and maturity all during this time, too. God removed some blinders on my “spiritual eyes” so-to-speak and worked on my heart to bring the gospel and theological issues to a new understanding. I will be sharing more about these things as I go. Right now, suffice it to say that I had gone from a place of mostly traditional/conservative evangelicalism, to a mixture of conservative and liberal evangelicalism, to charismaticism, and finally to conservative orthodoxy – which is how I’ll state that I came to find Reformed theology and the doctrines of grace – for those who may not be familiar. Looking back, it was a very weird and confusing way to get there, but in God’s all-knowing wisdom, that’s the way it went, and in some ways, I’m thankful for it. If it hadn’t gone like this, I wouldn’t have experience and appreciation of varying theologies and churches. And don’t get me wrong, I’m not meaning to say that I’ve “arrived,” nor that I’m now all “spiritually mature,” nor that I’m “holier than thou.” All of life is growing, learning, maturing, and being sanctified.

Now then, we sold our house in Maine in late 2017 and moved into a log cabin along a lake. God provided a magnificent place for our housing need. Everything worked out almost perfectly. Then we were able to move back down to our home state, PA – but a part we’ve never lived in before, last year. Moving 485 miles, settling into a new house, new schools, new town, finding a new church, and new routines has been a huge process, and several things, such as this blog, plans for a podcast, and social media, took a back seat while all these transitions were happening.

It’s been almost a year since our move back to PA. Our girls are getting older – two of them are teenagers now!!! And our youngest just turned 10! So in addition to settling a home, and finding doctors and where everything is, the girls are involved in extracurricular activities, a larger homework load, and making new friends – so it’s been a season where new routines, rules, and doing life in general, has had to be created. In addition, I went back to working in the school district as a substitute secretary, aide, and cafeteria lady. (I had done this for one year in PA before we moved to Maine.) Unlike the prior district, this one has a huge need for subs of all kinds. So I’ve been trying to keep it around 2-3 days a week, but it could easily be 4-5 days. It is difficult to plan ahead or have a routine being a sub, when sometimes I get called (a personal call) from a school in the morning, asking me to come in. So it’s been a bit hectic and the whole family has been adjusting to everything that comes with a big move.

The summer is almost upon us, which will mean another change in routines. I hope things will be a little less hectic and to get some more free time to

read, write, and work on a new venture…podcasting! If you’ve followed the blog for a while, you’ll know that the last post I made was a recording that I reluctantly called a podcast, for lack of a better term. That was in 2017, and I wasn’t sure whether I wanted to commit to doing a podcast that would entail being locked into regular episodes. So I made the recording and thought maybe I’d do more audio than writing on the blog, but do it on no particular schedule. The recording was really long and the quality wasn’t the best. It was also my first attempt at editing audio…and let’s just say I had a lot to learn! (Still do!) I’ve removed the link to it from the post because of what I stated above, plus that I’ve now recorded 3 new episodes, and working on the 4th, where I’m re-launching and talk about many of the same things from that first episode, but in a more concise and polished way.

So, the exciting news is that in spite of a hectic schedule, new seasons of life, and settling into a new place, I’m going to push through and launch a podcast! Things are in the works behind the scenes and I have a wonderful friend who is helping me as a podcast mentor. All the episodes and episode notes will be posted here on the blog. I’ll start out doing episodes every-other week, so usually twice a month. Then if I have time and/or ideas for other topics, I will write and post them here. The podcast will be named the same as the blog: “In Awe & Wonder.” I also have a Facebook group for ladies to gather and study Scripture – it was called, “Tea & Scripture,” but I have changed the name to “In Awe & Wonder,” so that all the media is the same name and easier to find. My goal is for the three outlets – blog, podcast, Facebook group – to work in tandem.

I have ideas for things like a monthly Bible verse, which I hope you’ll join me in trying to memorize some verses; prayer request threads; 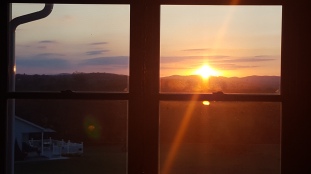 encouragement; studying the Bible; and possibly a summer read-along/book club. On the podcast, one episode per month, for however long it takes, I’ll be talking about various attributes of God. I’ll post things here on the blog that goes along with all that. Basically, the podcast will be a way to learn and discuss “on the go;” the Facebook group will be to connect in community; and the blog will be like a compilation of those – a way to follow along, plus get additional articles and resources.

I hope to kick off in the next couple weeks! You’re invited to come along on this venture! Do you listen to podcasts? If so, do you find them convenient to listen to while you’re doing things like dishes, driving, or putting on makeup? Let me know in the comments and/or go request to join the Facebook group. {There’s also a pubic Facebook page, which you can “like,” where I share a lot of content from other sources.}

One thought on “Gearing up for a return and podcast launch!”

This site uses Akismet to reduce spam. Learn how your comment data is processed.